(Revision saved by SeanFromIT 2 years ago. Jump to the current revision or see a list of all revisions for this page.) 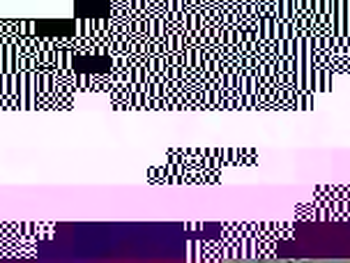 Francis L. Ridge, born October 13, 1942, is an experienced and respected researcher and investigator involved in serious study of the UFO phenomena officially since 1960. Starting out as head of the seven- man NICAP Subcommittee (National Investigations Committee on Aerial Phenomena) in Indiana in 1960 (which was one of the rapid response teams used by the University of Colorado UFO Project in 1968), he became Indiana's MUFON State Director and FI for the Center for UFO Studies in 1989. Ridge has investigated hundreds of cases. His computer database lists over 4,000 entries for the region covering Missouri, Illinois, Indiana, Ohio, Kentucky & Tennessee. He operated and directed the MADAR Project (UFO detection) from 1970 to 1995. As head of The Indiana Group he also was in charge of Indiana's Rapid Deployment Team of over 30 FIs. In 1994 he wrote a book describing his efforts, "Regional Encounters: The FC Files".

Statement of Position on UFOs

"There is no doubt that most UFOs are actually IFOs. For the subset of events that cannot be explained, there is a group of sightings that demonstrates solid objects under intelligent control. I am convinced that these objects are somebody else's craft. Although I cannot prove that the intelligence behind the phenomena is ET in nature, I consider the ETH to be the least unlikely. I also feel that there is a nuclear connection (or one that indicates a cause and effect relationship with serious world events that could lead to a nuclear threat) and that the evidence in the form of military sightings indicates an overt military-type operation in the first phase, followed by a covert abduction phase."

Always very interested in Astronomy, he began a serious study of the Moon and LTPs with The Lunascan Project (TLP) in September 1995. The Lunascan Project is an EBTI (Earth-Based Telescopic Imaging) program using live and recorded CCD technology to document LTPs (Lunar Transient Phenomena). The Project now lists hundreds of members, has a Mailing List, and a web site.

Mr. Ridge is also the Site Coordinator for the NICAP web site. On January 1, 1998 he began official work on UFO, which a month later became the NICAP UFO web site, a major special evidence cataloging project for internet use.

Mr. Ridge and his wife, Carolyn, live near Evansville, Indiana, in a little town called Mt. Vernon. They have three sons, a daughter, and four grandchildren.

No comments here! Start the conversation above.